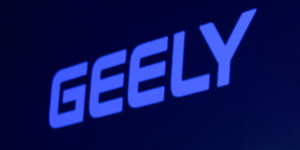 Geely is planning a joint venture with the Chinese company Sunwoda Electric Vehicle Battery. The joint venture with Sunwoda and Geely subsidiary Jirun Automobile will develop and produce battery cells, modules and packs for hybrid vehicles.

The business purpose of the joint venture Shandong Geely Sunwoda Power Battery Co is to be the development, production, sales and after-sales of lithium-ion batteries and lithium-polymer batteries. The corresponding battery management system will also be developed there. According to Sunwoda, this will mainly involve 48-volt systems.

Geely and Sunwoda have not yet revealed the timetable of their planned operations. It is therefore not clear when these batteries will go into series production and be installed in the first vehicles. With a system voltage of 48 volts, however, they will only be mild hybrids, not full hybrids or even plug-in hybrids.

Geely says the joint venture will leverage the strength, resources and expertise of all parties in local manufacturing of batteries for new energy vehicles. Sunwoda, too, claims to achieve a win-win situation, saying that the cooperation aims to build a strong alliance that will help to fully exploit Sunwoda’s technical advantages in HEV battery research and development and the resource advantages of Geely Group and Jirun.

Last year, Nissan already announced a cooperation with Sunwoda to develop new types of batteries for its ePower vehicles. The ePower models are vehicles with serial hybrid drive in which propulsion is always provided by an electric motor. However, the electricity is not stored in a large battery but is generated in the vehicle by an internal combustion engine as a generator. Sunwoda also supplies the batteries for an electric car available in Europe: the Dacia Spring built in China uses cells from the manufacturer.

Sodium over lithium: The low-cost alternative to Li-ion batteries