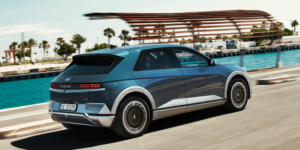 At the IAA Mobility 2021, the Hyundai Motor Company announced its voluntary commitment to become climate-neutral by 2045. In the course of this, no more combustion vehicles are to be sold in Europe from 2035, and in the remaining most important world markets from 2040.

“Under the corporate vision of ‘Progress for Humanity’, Hyundai Motor is determined to do the right thing for the environment,” Jaehoon (Jay) Chang, president and CEO Hyundai Motor Company, is quoted as saying in his company’s statement. “Climate change is an undeniable challenge that requires the greatest and most urgent attention of all.”

An interim target of 30 per cent of Hyundai’s global sales in 2030 is said to be Zero Emission Vehicles (ZEVs) – battery electric cars (BEVs) and fuel cell cars (FCEVs). But it is important to note the caveat that Hyundai aims to “eliminate all fossil fuel vehicles in key global markets” by 2040 – this leaves the door open for some countries without sufficient infrastructure for BEVs and FCEVs, on the one hand, but also for synthetic-fuel internal combustion vehicles.

In addition to battery electric cars based on the E-GMP platform – in Munich Hyundai is exhibiting the Ioniq 5, a robotaxi based on the Ioniq 5 and the Prophecy study as a harbinger for the Ioniq 6 – Hyundai continues to focus on hydrogen. At the IAA, the Koreans also announced an FCEV roadmap, according to which two important premieres are due in 2023: Firstly, the Nexo, which has been built since 2018, is to receive a successor, and Hyundai also wants to present a “hydrogen-powered multi-purpose vehicle (MPV)” then. As reported, this is likely to be an H2 version of the Staria van.

Commercial vehicles also play an important role in the FCEV roadmap: In Munich, two Elec City H2 buses have been in the test phase since the end of June and will also be used on the Blue Lane to transport trade fair visitors between locations during the IAA.

Within the framework of the Climate Promise, Hyundai says it is thinking beyond just vehicles – including air taxis. For the use of Zero Emission Vehicles, the carmaker is planning long-term investments in future technologies such as green hydrogen based on renewable energies, Vehicle-to-Grid (V2G) and Second Life Battery Energy Storage Systems (SLBESS).

Daimler is done with plug-in hybrids