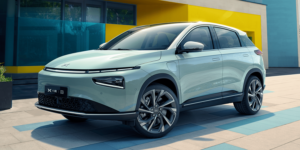 According to a media report, the Korean battery cell manufacturer SK Innovation has won the Chinese electric car manufacturer Xpeng as a new customer. Xpeng has so far mainly relied on cells from CATL.

This is reported by Korea IT Times with reference to industry circles. SK Innovation is expected to supply cells with a nickel content of 80 per cent to Xpeng from its plant in Huizhou in the Chinese province of Guangdong. The agreement was concluded back in July, according to the report, but has not yet been announced.

“SK Innovation has secured XPeng, China’s one of the three largest electric vehicle makers, as a new customer,” the Korea IT Times quoted an industry insider as saying. “SK Innovation plans to start supplying EV batteries produced at Chinese factories in the near future.” However, it should be noted that while Xpeng, along with Nio and Li Auto, is one of the three major eMobility start-ups from China, it is not one of the three largest manufacturers – as evidenced, for example, by the latest figures from August. Even if Xpeng continues to grow: BYD, Tesla and SAIC are still ahead.

After signing the supply contract in July, SKI had “accordingly begun preparations for the mass production and supply of batteries for Xpeng”. This fits with SK Innovation’s announcement in early September that it plans to build another battery plant in China – even though Xpeng will reportedly be supplied from the existing Huizhou plant.

This plant is a joint venture with Chinese cell manufacturer EVE Energy. According to earlier reports, Hyundai is also supplied with cells from the Huizhou plant. The plant has a production capacity of 10 GWh. The report mentions “batteries with 80 per cent nickel content”, which probably means NCM811 cells – although the exact proportions of manganese and cobalt oxide are not mentioned in the article. However, the 80 per cent share probably refers to the nickel content of the active material of the cathode, not to the entire battery.

A representative of SK Innovation declined to comment to Korea IT Times because they “cannot disclose details about our customers”.

Citing its sources, the Korea IT Times writes that Xpeng has so far relied exclusively on cells from the Chinese manufacturer CATL. The Chinese portal “36 Krypton”, on the other hand, had reported a few days ago – in connection with Tesla’s search for suppliers for 4680 cells – that the manufacturer Yiwei Lithium Energy, which specialises in LFP cells, had “entered Xiaopeng’s supply chain” this year. The e-car maker had announced in March that it would offer optional LFP batteries for the G3 (now G3i) and P7.

Xpeng itself is currently expanding its production capacities enormously. At the beginning of August, Xpeng had started the construction of its third plant in Wuhan, which is to have an annual capacity of 100,000 electric cars. The second plant in Guangzhou has been under construction since September 2020. In August, Xpeng also announced plans to expand the existing factory in Zhaoqing so that it will be able to build 200,000 cars per year instead of the current 100,000.