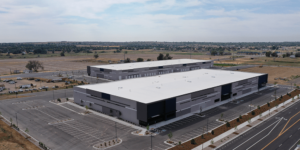 The US solid-state battery specialist Solid Power, backed by Ford and BMW, has announced a second production facility in Thornton in the US state of Colorado. The main purpose of the plant is to produce solid electrolyte material.

The new facility will significantly expand Solid Power’s capacity to produce key materials for its solid-state battery cells, according to the company. Specifically, up to 30 tonnes of sulphide-based solid electrolyte material will be produced annually at Thornton. This is equivalent to a “25-fold increase in throughput of current capacity”, it said. The plant is expected to be fully operational in the second quarter of 2022.

The electrolyte production will directly feed the upcoming solid-state battery production line. In its latest statement, Solid Power reiterates its goal of producing the first 100 Ah cells for qualification testing by its automotive customers in 2022. Once this qualification – i.e. acceptance of cell samples by carmakers – has taken place, Solid Power intended to “work closely with automotive OEMs and leading battery cell manufacturers to produce 100 Ah all-solid-state battery cells for use in vehicles”.

According to Solid Power CEO Doug Campbell they the facility an “important next step”. “To continue Solid Power’s progress in automotive-scale battery cell production, the company needs to significantly increase production of its sulphide-based solid electrolyte materials,” Campbell said.

Solid Power also plans to focus on electrolyte in the long term and not manufacture complete batteries itself. The company says it intends to sell its own sulphide-based solid electrolyte material in the long term “to support full solid-state cell production for its partners, including Ford and BMW”. To this end, production capacity is to be increased to 40,000 tonnes of electrolyte material per year by 2028, which, according to Solid Power, will be able to produce solid-state battery cells for 800,000 electric cars.

However, Solid Power does not yet specify where and how exactly production is to be expanded from 30 tonnes to 40,000 tonnes over the next seven years.

In May, the long-standing cooperation partners BMW and Ford had participated in a financing round of Solid Power; both companies now also each provide a member of the board of directors. In June, Solid Power announced its plans for an IPO, for which the company is currently in a merger process with the SPAC company Riverstone Holdings LLC’s Decarbonization Plus Acquisition Corporation III.