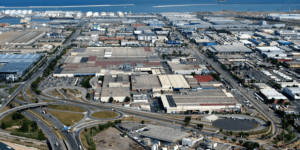 Spanish authorities and Nissan have started talks with Chinese manufacturer Great Wall Motors about a possible takeover of Nissan’s Barcelona plant. Great Wall could move into the largest of the three plants in Barcelona. However, the negotiations are said to be explicitly non-exclusive as yet.

Overall, the future of the Zona Franca, Montcada i Reixac and Sant Andreu de la Barca plants is at stake. While “preferred negotiations” are being held with Great Wall Motors regarding the largest of the three factories, the other two plants could be taken over by the Spanish electric scooter manufacturer Silence and QEV Technologies, according to a statement by Nissan Motor Corporation.

The latter is a Spanish engineering company that is planning the so-called Barcelona Decarbonisation Hub (D-HUB) for the production of e-vehicles together with the Swedish electric vehicle manufacturers Volta Trucks and Inzile. Back in April, it became public that Volta Trucks was flirting with the former Nissan plant to produce its electric truck Volta Zero in Spain. At the time, however, it was said that this was only one of several options. “Assembling the Volta Zero in Spain could be of interest to serve southern European cities for which decarbonisation of commercial vehicles is increasingly important,” Kjell Waloen, chief technology officer of Volta Trucks, said at the time.

No final decision has yet been made by either side. Nissan stated that a committee of government, labour and company representatives has not yet rejected any project from interested companies, but that after analysing all proposals, a consensual decision has been made to hold said preferential talks with the three candidates mentioned above. The basis for the negotiating framework is to be determined this month. The next meeting of the commission is scheduled for early November.

“We are working seriously and amicably within the envisaged timeline. There are industrial projects and options for the future of Nissan plants. We are optimistic,” Raül Blanco, Secretary General for Industry and SMEs of the Ministry of Industry, Trade and Tourism, is quoted as saying in the Nissan release.

Nissan had announced in May 2020, as part of the overall restructuring of the Renault-Nissan-Mitsubishi alliance, that it would only operate the plant in Sunderland, UK, in Europe. Originally, the last Nissan was to be built in Barcelona by the end of 2020, but later this deadline was postponed by a year – to give the authorities more time to find an interested party for the facilities. Earlier this year, Reuters reported that the car plant is to be converted into a battery production facility. This plan, however, does not seem to be a priority at the moment.