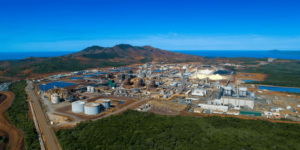 Tesla has concluded another supply contract for nickel. Tesla has agreed to purchase around 42,000 tonnes of nickel from New Caledonia as part of a multi-year contract with the commodities company Prony Resources.

As Antonin Beurrier, CEO of Prony, stated, the agreement makes Tesla by far Prony’s largest customer. The volume of 42,000 tonnes is “indicative” and could vary, Beurrier said at a press conference announcing the deal, according to Reuters. He did not give details of the duration or financial scope.

Prony is 51 per cent owned by provincial authorities in New Caledonia, a group of islands in the southern Pacific Ocean east of Australia that belongs to France. Prony Resources had taken over the loss-making nickel mine in New Caledonia from the Brazilian mining group Vale only this spring. In October 2020, it became known that Tesla was negotiating nickel supplies with Vale.

According to Beurrier, however, this history has nothing to do with the current Tesla deal. The supply contract was negotiated with Tesla through the Swiss commodity trader Trafigura and signed last month. Trafigura has a 19 per cent stake in Prony.

Prony says it plans to borrow 220 million euros from the French government to invest in nickel production and on-site waste treatment. However, this financing is still conditional, as the French state budget for 2022 has not yet been approved.

Although Vale had recently made losses in New Caledonia, Prony says it has benefited from higher nickel prices and has been able to operate profitably in its core business in recent months. However, the Corona situation on the archipelago and planned maintenance work in the fourth quarter will affect profitability at the end of the year. In addition, further investments are to be made: A solar power plant is to replace the current coal-fired power plant as the energy provider for the factory.

In July, Tesla had already signed a supply contract for nickel from Western Australia with the raw materials group BHP. Here, however, not even the purchase quantity is known.