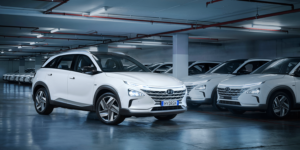 Hyundai has recalled about 15,000 units of the hydrogen-powered Nexo since August due to faulty fuel cell stacks in order to replace them, according to a Korean media report.

The manufacturer recently also informed Nexo owners that it had decided to introduce an out-of-warranty compensation programme for affected vehicles.

To make up for the issue, the company intends to pay compensation based on the car’s date of release and distance travelled, for all out of warranty Nexos that require a replacement of the ‘stack’, the car’s core operating device. A 5-year-old Nexo with less than 167,000 kilometers of driving distance would be eligible for compensation of up to 39 per cent, while a 7-year-old model would qualify for compensation of around 20 per cent.
koreabizwire.com

Porsche launches US recall for the Taycan

VW runs out of EVs