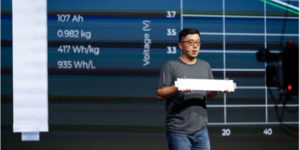 This is according to a company announcement in the course of a virtual company event. SES had already announced a lithium metal battery technology in 2016, in which the anode is replaced by an extremely thin lithium foil, which could significantly increase the energy density to up to 500 Wh/kg. Now the developer provides data on Apollo, the latest generation of this lithium metal battery technology: The cell is supposed to have an energy density of 417 Wh/kg or 935 Wh/L at a weight of 0.982 kilograms, the capacity is supposed to be 107 Ah. These values are to be maintained at room temperature.

The battery cell is called a hybrid because it combines solid and liquid components, specifically a protective anode polymer coating with a “proprietary, highly concentrated solvent-in-salt liquid electrolyte”. Back in July, SES announced that the battery’s performance had been verified by two independent third-party testing facilities and several automakers – stating, “Our battery performance is industry-leading in vehicle operation and temperatures, and can deliver 400 Wh/kg energy density with fast-charge capability to 80 per cent in less than 15 minutes – while meeting cycle life and safety requirements for electric vehicles.” 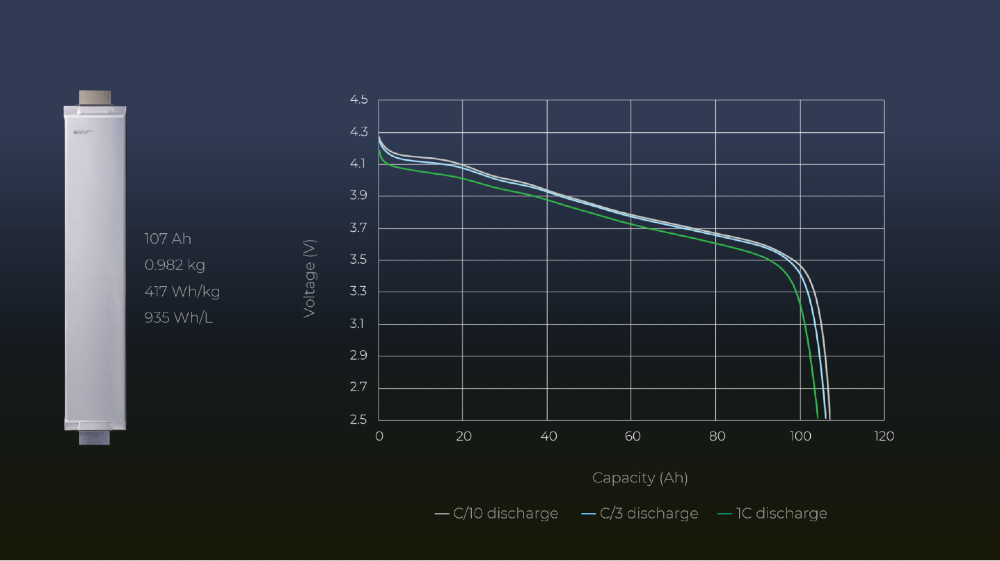 According to the company, the road to get there has been long: “We have invested almost a decade in the development of our Li-metal hybrid battery. Batteries must be able to deliver high energy density over a wide temperature range and high power density. A car needs to operate in hot and cold environments and function properly in both fast and slow driving conditions. Solid-state batteries can never achieve this performance at the level of our Li-metal hybrid batteries,” expresses SES founder and CEO Dr Qichao Hu.

In the next step, SES wants to supply General Motors and Hyundai-Kia – both investors and customers of the developer – with A-samples of the cells for use in cars. This is expected to happen in 2022. Commercialisation of the Apollo cell is targeted for 2025. To this end, SES plans to build a production facility in Shanghai. This is to be completed in 2023 and will be able to produce lithium metal cells with a total capacity of one gigawatt-hour per year.

SES is a spin-off of the Massachusetts Institute of Technology (MIT). Formerly known as SolidEnergy Systems, the company has been trading only under the abbreviation SES since this year. Reasons for the change of name were not given. It is possible that it was done because pure solid-state batteries are no longer the focus of the company.

In the summer, SES announced that it would go public on the US stock exchange. For this purpose, the company wants to merge with the stock exchange shell Ivanhoe Capital Acquisition. The transaction has not yet been completed. In addition to the already known investors General Motors and Hyundai, SES also named Geely, SAIC, LG and Foxconn as supporters in the course of the stock exchange plans.