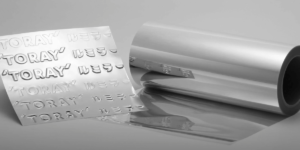 The chemical companies Toray Industries from Japan and LG Chem from South Korea have agreed to set up a joint venture for battery separator films in Hungary. The separator films for electric car batteries will then be purchased by LG Group in Europe and the USA.

The new company will be called LG Toray Hungary Battery Separator (LTHS), will be based in Nyergesújfalu, Hungary, and will be 50 per cent owned by both parties.

The transaction behind the formation is as follows: LG Chem will invest 43 billion yen (about 330 billion euros) in Toray’s subsidiary Toray Industries Hungary (THU), which was established in Hungary in 2018. The company, which already specialises in battery separator films, will then, in turn, establish the actual joint venture LTHS, whose main business will be “the production and sales of battery separator films”, according to a Toray release. The transaction is expected to close in the first half of 2022. Toray expects LG Chem’s de facto entry into Hungary to generate net proceeds of about 10 billion yen (about 77 million euros) on its own balance sheets.

The joint venture will subsequently use existing facilities of Toray Industries Hungary in Nyergesújfalu. However, in order to meet the projected growth in demand, Toray and LG Chem have agreed to expand the production facilities for film substrates there and to install new coating equipment. And: Toray has agreed to sell 20 per cent of its shares in LTHS to LG Chem two and a half years after the joint venture was founded, they say. LG Chem is thus expected to run the joint venture’s business from 2025 at the latest.