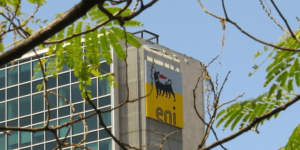 The Italian energy company Eni has announced its intention to expand its charging network for electric cars to more than 31,000 charging points in Europe by 2030. An interim target of 27,000 chargers was also mentioned for 2025.

As Eni itself announced at its Capital Markets Day, the interim target for the expansion of the charging infrastructure is over 27,000 charging points by 2025. This would significantly accelerate the expansion in the first half of the decade: According to Eni, it currently operates around 6,500 charging points in Italy, almost 5,200 of which were added through the acquisition of Be Power.

In other words, over 20,500 charging points would have to be added to the 6,500 within four years in order to reach the 2025 interim target. For the five years after that, according to the announcement, only 4,000 more charging points are to be added – not per year, but in total.

As the Spanish eMobility portal Forocoches Electricos writes without citing sources, the new charging points are not only to be built in Italy, but also in Spain, France, Germany, Switzerland, Austria and Slovenia. However, Eni’s announcement does not give any details on this – it does mention an international expansion, but without such concrete information.

The reason for announcing the charging infrastructure targets at a capital markets day is simple: Eni also announced that it will spin off its e-mobility and renewables business and plans to float the new entity, called Plenitude, in 2022.

“The IPO of Plenitude is a cornerstone of our decarbonization strategy and key to our ongoing transformation,” said Eni CEO Claudio Descalzi. “The energy transition is first and foremost a technology challenge, and Eni’s development and rapid deployment of proprietary technologies has consistently created a competitive advantage within our sector. Today, to enhance our technological solutions and unleash their full potential, we are creating independent business vehicles, like Plenitude, with fully optimized capital structures. This focused company will attract new capital, unlock value and accelerate the energy transition. Eni will retain a majority stake in Plenitude and will continue to support the new vehicle with proprietary technologies, engineering and project management expertise. Through the IPO we are seeking to free more resources to deliver higher returns to our shareholders and additional capital for the energy transition.”

Plenitude is to be led by Stefano Goberti as CEO. “Our unique proposition integrates the production of renewable energy with the sale of energy solutions and a widespread EV charging network,” says Goberti. “That’s why we are best suited to be people’s closest ally in the energy transition.” Plenitude aims to achieve net-zero emissions by 2040 and supply all customers with “decarbonised energy”.