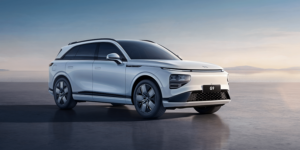 Xpeng delivered 25,666 electric cars during the period, setting a new quarterly record and representing increases of 199.2 per cent over the corresponding period in 2020 and 47.5 per cent over the second quarter of 2021. As a result, sales climbed 187.4 per cent over Q3/2020 to the said 5.72 billion yuan. However, as the bottom line between July and September continued to be outweighed by expenses, Xpeng posted a net loss of 1.59 billion yuan, a good 70 per cent more than the same period in 2020 and the second quarter of 2021.

On deliveries, Xpeng only specified that the 25,666 vehicles sold included 19,731 units of the P7 sedan, a new quarterly record and a 71.2 per cent increase from 11,522 units in the second quarter of 2021. The rest of the sales were ergo G3 copies. This is because the company, founded and led by He Xiaopeng, currently offers only two models, the G3 electric SUV and the P7 electric sedan, with revised models of the G3 being marketed under the G3i name since September. The third model, the P5, has already been presented but has only been delivered since the end of October. Thus, it does not yet play a role in the Q3 statistics.

Also mentioned in the annual report, Xpeng’s physical sales and service network consisted of a total of 271 shops in 95 cities as of 30 September (up from 200 shops in 74 cities as of 30 June). The charging network with Xpeng-branded devices comprised 439 stations in 121 cities at the end of the third quarter (compared to 231 charging stations in 65 cities as at 30 June).

Meanwhile, Xpeng is also working to scale its production. In August, the manufacturer announced plans to bring its existing plant in Zhaoqing to an annual production capacity of 200,000 vehicles. At the beginning of August, Xpeng said it had already started building another plant in Wuhan, which will have an annual capacity of 100,000 electric cars. In addition, a third plant has been under construction in Guangzhou since September 2020. When the currently announced construction projects are completed, Xpeng would have a capacity of 400,000 vehicles per year.

Incidentally, Xpeng followed up with a new model announcement just last week: The G9 is to become the fourth model after the G3, P7 and P5. Promoted as a “smart SUV flagship”, the estate-like BEV is the first Xpeng model designed from the outset not only for the Chinese market but also for international markets. The Xpeng G9 uses Xpeng’s recently announced 800-volt platform with silicon carbide technology. However, the company did not yet provide detailed information on the drive and the time of market launch.