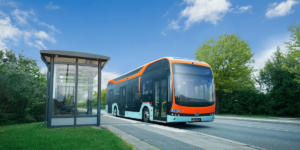 BYD has won its first electric bus order from Transports Metropolitans de Barcelona (TMB), the public transport operator in the Barcelona metropolitan region. The order is part of a much larger tender.

It includes 25 units of new-generation 12-metre electric buses to be delivered to Barcelona from 2022. The buses, which are assembled in Hungary, have a 442 kWh LFP battery that is expected to provide a range of 400 kilometres in the Standardised on Road Test (SORT II). The battery can be charged by cable or by pantograph.

The tender was divided into five lots and had a total value of 116 million euros. In two of the lots, TMB focused entirely on all-electric buses: they included 29 electric articulated buses and 49 electric solo buses, each to be equipped with pantographs. The 49 solo buses are divided between 24 Solaris Urbino 12 electric, which TMB ordered in September, and the 25 electric buses from BYD.

GreenMobility expands in the Netherlands via Fetch takeover