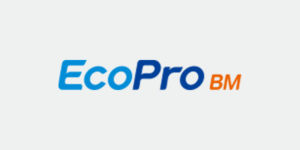 The South Korean battery materials manufacturer EcoPro BM will apparently build its first factory outside Korea in Debrecen, Hungary. This is to produce 108,000 tonnes of cathode materials for electric car batteries per year.

This was announced by Hungary’s Foreign Minister Peter Szijjarto. The first construction phase of the factory in Debrecen is to be completed in the second half of 2024, the second phase a year later. The plant is expected to have a capacity of 108,000 tonnes of cathode material per year in the second phase. This should be able to produce batteries for 1.35 million electric cars.

According to the minister, EcoPro BM will invest the equivalent of 715 million euros in Hungary. There would also be a government subsidy, but Szijjarto did not say how much. This will happen as soon as the EU Commission has examined and approved the subsidy.

“As the car industry constitutes 30% of the total manufacturing industry output, it is decisive for future economic growth to attract more and more investment in the electric car sector into Hungary,” Szijjarto said.

The foreign minister went on to say that he had held talks with three other South Korean companies that already have a presence in Hungary. These companies are also expected to announce further investments “shortly”.

SVOLT to increase battery production capacity to 600 GWh by 2025