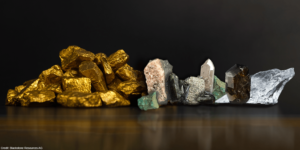 The Swiss commodities company Blackstone Resources has raised 50 million Swiss francs, the equivalent of 48 million euros, through a partial sale of a subsidiary in its precious metals division. Blackstone plans to use the money to further develop and expand its battery metals and lithium projects.

“For this sale of a minority stake, we were able to achieve a good sales price and can invest these funds in our further projects,” says Ulrich Ernst, CEO of Blackstone Resources. “We will further consolidate the market presence and production of Blackstone Technology.  We will also continue to develop and expand our battery metal and lithium projects.”

Blackstone Technology is the German subsidiary that operates a battery factory in Döbeln, Saxony, where, just last week, Blackstone began the series production of its LFP cells. Using the cathode material from IBU-Tec in Weimar, the LFP cells are now being produced in Döbeln using a new 3D printing process. According to the company, this allows the power storage layers of the battery cells to become thicker, which should increase the energy density by 20 per cent – Blackstone calls this ‘Thick Layer Technology’ that allows an impressive energy density of 220 Wh/kg. By comparison, the blade batteries from the Chinese manufacturer BYD, which are considered technologically advanced LFP cells, are said to come to 166 Wh/kg at the cell level.

In the announcement on the partial sale of the Precious Metals stake, Blackstone reiterates its known goal of reaching a target production capacity of 500 MWh in Döbeln in the coming year.