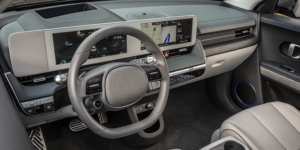 The Korean media is reporting that Hyundai Motor Company closed its combustion engine development department in Namyang, S.Korea in December. The automotive company owns Hyundai, Kia and Genesis brands. The corporation has also apparently stopped a hydrogen car project of the Genesis brand.

Korean media is reporting that Hyundai is stopping the development of new combustion engines in order to accelerate its transformation into an electric car manufacturer.

The new head of the R&D division Park Chung-kook, who recently replaced Albert Biermann wrote in an email to employees: “Now, it is inevitable to convert into electrification. Our own engine development is a great achievement, but we must change the system to create future innovation based on the great asset from the past.”

This means that those researchers who have been working in engine design, have now moved to the electrification design centre.  A small number of researchers remain to modify existing engines.

The changes mean a number of restructuring measures in order to shorten the schedule for electric vehicle development. The existing Project Management (PM) Team and the Integrated Product Development Team for each vehicle level have been unified into a vehicle development organisation that covers the range from design (architecture) to mass production.

Hyundai Motor and Kia Corp. have now targeted sales of 1.7 million EVs worldwide in 2026. This is a higher number than 1 million units previously sought for 2025, presumably because of the recent rapid uptake of electric vehicles that has surpassed many carmakers’ expectations.

“The immediate task is to develop innovative vehicles that can dominate the future market,” Park said. “This reorganization will be an important starting point for change ahead in the new year.”

According to thekoreancarblog, an official familiar with Hyundai Motor said, “The development of the Genesis hydrogen car has been going on for about a year with the goal of a four-year development period, but it has been stopped due to a problem with the third-generation fuel cell. It is unclear.”

Hyundai says that the progress made in improving the performance and reducing the costs of the 3rd generation fuel cell system fell short of the original targets. The third-generation fuel cell system was revealed in September just passed. In comparison to the second-generation, improvements included a volume reduced by 30% and an increase in output and durability by 2-3 times. However, the core task for viability in passenger cars is cost, and the company was aiming to reduce the price of vehicle fuel cells by more than 50% by 2025. This goal is now apparently considered unrealistic. For this reason, Hyundai Motor Group apparently already reduced the role of the fuel cell department in a restructuring of organisation and personnel at the end of November.

According to South Korea’s main daily business newspaper Maeil Business the report published by The Chosun Ilbo is incorrect: “The automaker denies the speculation, claiming its roadmap on next-generation fuel cell development and electrification of Genesis fleet remains intact.”

Smart takes the EQ Forfour out of circulation