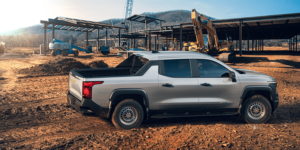 General Motors has set itself the goal of delivering a total of 400,000 electric vehicles in North America this year and next. In addition, production capacities for electric cars are to be expanded further than previously planned.

The delivery and production targets were announced by CEO Marry Barra when she reported the latest business figures. A few days ago, GM had announced investments of another 6.6 billion US dollars in the expansion of manufacturing capacities for electric vehicles and battery cells in Michigan and wants to have production capacities for more than one million electric vehicles (including 600,000 pickup trucks) in North America by the end of 2025.

By comparison, Ford aims to sell 600,000 electric vehicles in the US market by the end of 2024. The GM rival will also continue to increase its investment in electric mobility to retool vehicle plants, according to reports this week.

At General Motors, however, the top brass is already thinking beyond 2025. “I can tell you right now, 1 million units in North America won’t be enough to meet the steep inflection in demand that we expect starting mid-decade for our EVs. That’s why we’ll continue to convert ICE capacity to EVs and plan to invest in a third EV truck plant. We are formulating plans for the truck plant right now and we’ll share more as we work through the details,” Barra said. So far, the electric pickup trucks are built at Factory Zero in Detroit-Hamtramck; according to last week’s announcement, Orion Township Assembly will also be retooled – for the Chevrolet Silverado EV, for example.

Capacities for another one million electric vehicles are to be built in China by about the same time, as Barra now explained. However, the GM boss did not go into further detail about the China plans.

Barra hopes that the Chevrolet Equinox EV, whose concept car was unveiled at the CES, will generate great interest and corresponding unit sales. The purely electric compact SUV is to be launched in autumn 2023 at prices starting at around 30,000 US dollars. In addition, the GM boss indicated that Chevrolet is planning another electric car that will be priced below the Equinox EV. It is not yet officially known where the Equinox EV will be built. However, it is known that the Ramos Arizpe plant in Mexico will be converted for electric ars – where the current generation Equinox is built with combustion engines so far.

“The efficiencies created by the Ultium platform are a key reason why we will be able to deliver a truly affordable EVs like the Equinox,” Barra said. “Affordable EVs are part of the market that startups aren’t targeting, but they are key to driving mass adoption of EVs, which is a national and a global priority.”

Briefly on the business figures (still heavily influenced by the combustion models): GM made a net profit of around ten billion dollars last year, up from 6.4 billion dollars in 2020. Despite the ongoing semiconductor crisis, which also caused production losses at GM, the group was able to significantly increase its result.