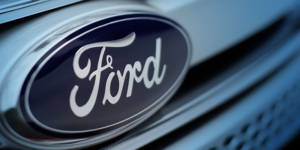 According to the Australian portal Drive, Ford wants to launch the electric Transit Courier in 2024. With the introduction of the 2025 model year (which usually takes place in the second half of the previous year), the electric Puma would follow shortly afterwards.

The information remains unconfirmed by Ford, but it fits with earlier statements by the carmaker: in April 2021, Ford had confirmed that it would build a light commercial vehicle with electric drive in Romania from 2024 – speculation at the time was about the Transit Connect panel van or the smaller Transit Courier.

The local assembly plant in Craiova already builds the combustion engine versions of the small SUV models EcoSport and the Puma. So it seems evident that the electric utility vehicle is the smaller Transit Courier. According to Drive, the internal combustion version of this vehicle will start production in Craiova in 2023, followed by the electric version in 2024.

The report does not mention possible technical data on the drive for the panel van and the Puma. However, the information that Drive claims to have seen indicates that the electric Puma will not be a new generation of the small SUV but an electric version of the familiar model – using the same internal codename.

The Ford Puma has been on sale in this form since September 2019. Apart from the name, the SUV no longer has anything to do with Ford’s small sports coupe in 1997. Introducing an electric version in 2024/2025 – just under six years after the market launch and thus shortly before the generation change that is usually made after seven or eight years of construction – is unusual but not unique: Renault had introduced the Twingo Electric in 2020, also after around six years of construction.

Ford has set itself the goal of selling only purely electric cars in Europe from 2030. The brand currently only has the Mustang Mach-E built in Mexico on offer; in the commercial vehicle segment, the E-Transit will soon follow. An electric vehicle model based on Volkswagen’s MEB is to be built in Cologne from 2023.

Nio announces next model for 2022 with the ES7