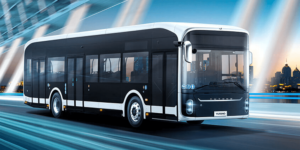 Of the first twelve electric buses, eight will be built by the Chinese manufacturer Yutong and four by the Australian manufacturer Custom Denning, according to the government of the Australian Capital Territory (ACT). An interesting detail: the Custom Denning buses are to have solid-state batteries. However, the ACT does not give any further details in the announcement. Yutong’s bus is the E12, a twelve-metre long solo bus.

But plans have changed since the announcement: in 2020, the procurement of 90 electric buses was planned. Later, the ACT government decided to initially lease eight battery buses. But this decision was also adjusted: Now the mentioned twelve electric buses will be leased and the tender for the purchase of the 90 vehicles has been initiated.

The registration process for this tender has now been started: Interested manufacturers can still register until 8 March to participate in the further tender process.