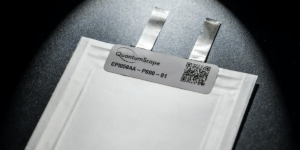 Solid-state battery specialist and Volkswagen partner QuantumScape is expanding into the Asia-Pacific region and has announced the opening of a subsidiary in Kyoto, Japan, for this purpose. The new site will have an R&D laboratory that is scheduled to go into operation this year.

The QuantumScape announcement does not specify what specific work and development will take place at the new site. According to the company, it has already started building a team of engineers and scientists. Currently, however, all open positions on QuantumScape’s careers page are still located at the company’s headquarters in San Jose, California – including in development, including cells, electrolytes and other materials. However, it is not yet possible to draw any conclusions about the Japanese location from the job postings.

“For decades, Japan has maintained a worldwide reputation for excellence in battery science, development and manufacturing,” says Jagdeep Singh, CEO and co-founder of QuantumScape. “Local access to some of the most experienced battery scientists and collaboration with leading suppliers and research institutes, combined with the growing demand for battery electric vehicles throughout Asian markets, are compelling reasons for QuantumScape to open our first office in Japan.”

QuantumScape has had close ties with the Volkswagen Group for years, but has also signed agreements with two other major global automakers. The company is currently building a pilot plant called ‘QS-0’ at its headquarters for the production of the solid-state cells. A second pilot plant together with VW, possibly to be built in Salzgitter, is planned.