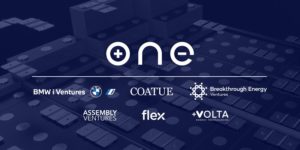 BMW had already invested in the company last year as part of the Series A financing round. ONE says it has signed contracts with four customers for a total of more than 25 GWh of capacity over the next five years, equivalent to approximately 300,000 battery packs for electric vehicles.

ONE says this development will allow it to begin selecting a site for its first battery factory in the US in the coming quarter. The company is based in Novi in the state of Michigan, but does not narrow down the search in the announcement. Our Next Energy does not specify when the site search will be completed or when the first excavators will roll.

The company made headlines earlier this year when it installed a prototype of its Gemini battery pack in a Tesla Model S and achieved a range of 752 miles, or about 1,200 kilometres. With its technology, the company was able to place a total of 203.7 kWh in the installation space allocated for batteries in the Model S. This means that no additional cells were installed in the boot or in the rear seat area. The original battery of the Model S Long Range Plus comes to 103.9 kWh.

ONE basically has two technology approaches: ONE has developed an LFP battery called Aries with a cell-to-pack approach. The Gemini technology is a kind of mixed battery pack: a second, high-energy battery pack is coupled to the Aries battery and charges it like a range extender. Last year, a range of 750 miles and an energy density of 450 Wh/l was already mentioned as a target.

The Aries LFP cells are to be built in the factory first – it is not known to what extent this is planned initially and which expansion stages the company is targeting. The development of the Gemini dual-chemistry battery is to be accelerated – when production is planned for this is also still open.

“This most recent investment accelerates the timeline for ONE’s GeminiTM battery technology following our recent 752-mile range demonstration,” said Mujeeb Ijaz, founder and CEO of ONE. “ONE’s core principles of doubling the range, decreasing the cost of the batteries and creating a local supply chain, resonated strongly with us at BMW i Ventures,” added Baris Guzel, Partner at BMW i Ventures. “Today’s announcement of ONE’s battery factory in the US is an important step for the larger electric vehicle value chain, and ONE has the potential to truly transform the ecosystem.”

Mullen Technologies to use solid-state batteries from 2025