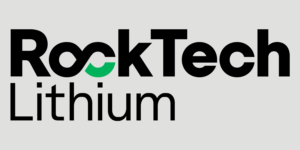 Rock Tech Lithium plans to build a production plant for battery-grade lithium hydroxide in Romania. A memorandum of understanding now signed by the company with the Romanian Ministry of Energy provides for investments of 400 million euros for this purpose.

According to the company, the plant in Romania would create about 700 direct and indirect jobs and produce enough lithium hydroxide for 500,000 electric cars per year. Rock Tech’s first production plant for battery-grade lithium hydroxide is in Guben, Brandenburg, Germany. Most recently, there have been rumours of a second production site in Germany.

The plant in Guben will have a capacity for 500,000 electric cars; here, the figure of 24,000 tons of lithium hydroxide will be processed in the “converter factory” there was still explicitly mentioned. In the “converter factories”, Rock Tech Lithium wants to process the material the company wants to mine in its own Georgia Lake mine project in Canada.

With the 400 million euros, which the Romanian government also mentions in its brief announcement, the investment would be about 70 million euros or about 15 per cent less than the 470 million euros that Rock Tech Lithium wants to invest in Brandenburg.

However, this is still only a declaration of intent. It is not clear when the final investment decision will be made from the two notices. Supervisory board chairman Dirk Habecke did not give any details about the further schedule at the signing of the declaration in Bucharest.

Harbecke only states in general terms in the memo that the company plans to start building and operating five lithium hydroxide converters in Europe by 2029. “(…) and are grateful for the Government of Romania to support us in finding the ideal location for one of our next converters,” Harbecke added.

According to the company, the signed memorandum of understanding sets out the framework within which Rock Tech Lithium and the Romanian government intend to proceed. In addition to government subsidies, it also addresses “predictable and reasonable permitting and approval processes and timelines.”