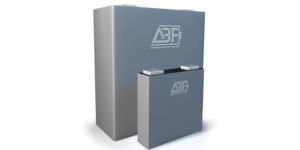 ABF was founded by Lion Energy, a supplier of batteries and solar products. According to the announcement, ABF plans to produce lithium iron phosphate battery cells for stationary applications as well as for electric vehicles such as trucks, buses, trams, agricultural vehicles, e-bikes, scooters, forklifts and heavy construction equipment.

These are said to be improved prismatic LFP cells designed for more than 10,000 charge cycles. These are expected to have a lifespan of 20 to 30 years. American Battery Factory is not disclosing further details on the cell chemistry at this time.

ABF plans to announce partnerships and the first production site in the coming months. It is in “active dialogue” with “pack integrators, energy storage solution providers and other organizations to develop U.S.-based supply partnerships”, the company writes.

The announcement does not say how many cell factories ABF plans to build or what the supply chains for those factories will look like. But ABF board chairman Zhenfang ‘Jim’ Ge indicates that each factory will create “an estimated 300 to 1,000 high-quality jobs”. “As our network grows, we will help mitigate decades of U.S. manufacturing job losses resulting from the closure of nearly 66,000 U.S. manufacturing sites while eventually making it possible to move the country and the entire world to 100% renewable power,” Ge said. “Without batteries, moving to an entirely green energy economy is impossible.”

With supply chains to be as local as possible, ABF aims to “develop an ecosystem for domestic battery manufacturing”. With 80 per cent of LFP cells now coming from China, ABF also wants to help “make energy independence and renewable energy a reality for the United States”, according to the statement.

Motive using LFP batteries from ONE in commercial vehicles