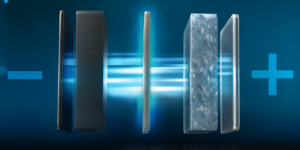 Taiwan’s solid-state battery developer Prologium is looking into an initial public offering this year or next, CEO Vicent Yang said in an interview with Bloomberg. The company in which Mercedes-Benz has invested a double-digit million euro amount has yet to decide whether to list in the US or Europe.

Raising additional funds in a separate round before an IPO was also on the table, Yang said in the interview. “We have a very clear plan to go public. We have a clear milestone and goal, and how much money we need to raise,” Yang told Bloomberg without going into details.

Prologium had closed a financing round of 326 million US dollars in October last year. The capital was to help expand its production capacities in Asia, Europe and the USA between 2023 and 2025.

Then this January, Mercedes announced its multi-million euro investment as part of a development partnership which also saw Mercedes-Benz taking a seat on the ProLogium Board of Directors. The carmaker said that the equity investment would further strengthen the development of Prologium’s solid-state battery technology and their planned build-up of production capacities in Europe.

Mercedes-Benz is planning to build eight gigafactories for cell production together with partners and has also been buying into solid-state technology.

Last December, the German carmaker had already invested in the US developer of solid-state battery cells Factorial Energy and concluded development cooperation.

VinFast  has been publicised as a partner and customer since spring 2021. In 2019, the company also announced joint development with Chinese electric car startup Nio the state of which is unknown.