New Zealand has legislated a major reform to light vehicle CO2 policy with strict targets and financial incentives and disincentives and mandatory labels on vehicles for sale commencing April 2022.

Starting from 1 April 2022, charges will be imposed on high emitting vehicles, and rebates given to low-emitting ones. This will be done on a sliding scale. This is an expansion of the Discount Scheme that started on 1 July 2021 and provided rebates to buyers of battery-electric and plug-in hybrid vehicles. While the maximum and minimum subsidies and taxes have a set amount, “All rebates and fees for vehicles first registered in New Zealand from 1 April 2022 will be based on a sliding scale of CO2 emissions”.

This also means that the values are not completely set in stone for various vehicles. The aspects taken into account for the possible rebates include safety ratings, fuel economy, carbon emissions and air pollution. The amount subsidized or taxed depends on the vehicle’s carbon emissions, measured in grams.

For a rating of ‘0’, meaning no emissions, a subsidy of up to NZ$7500 (around 4676 euros), excluding goods and services tax, is provided for new vehicle purchases, while an amount of NZ$3,000 (around 1871 euros is provided on the purchase of a used EV. For a vehicle emitting between 1 and 56 grams of carbon emissions, up to NZ$2000 (around 1247 euros) is provided for used vehicles to NZ$5000 (around 3118 euros) for new ones, both also excluding the GST. The GST is to be included in the final bill for private entities, as the New Zealand government writes: “Final amount of rebate paid will however include GST, except for public authorities, which cannot claim the GST.”

In effect, the new subsidy and tax regulations extend from a maximum subsidy of NZ$8,625 for battery-electric vehicles to a maximum tax of NZ$5,175 for high-polluting combustion vehicles. However, there is also a “zero-band” rating which does not incur either a penalty or a bonus. 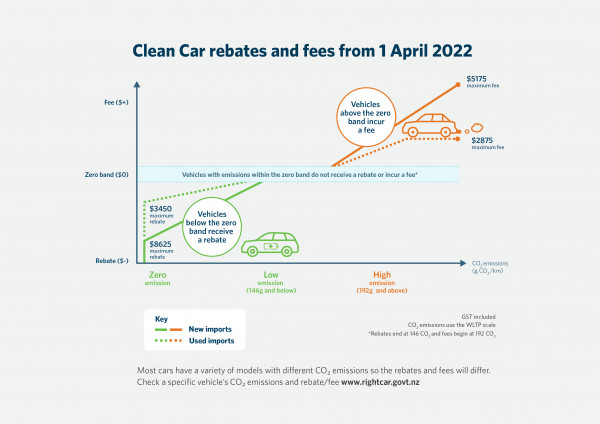 Coupled with the new subsidy system, New Zealand also legislated ambitious CO2 pollution targets on vehicle importers, adding some interim steps to their target of 50 per cent below 2005 CO2 levels by 2030, as was pledged at the United Nations COP26. To put things in context, New Zealand’s importer regulations are stricter than current EU regulations. 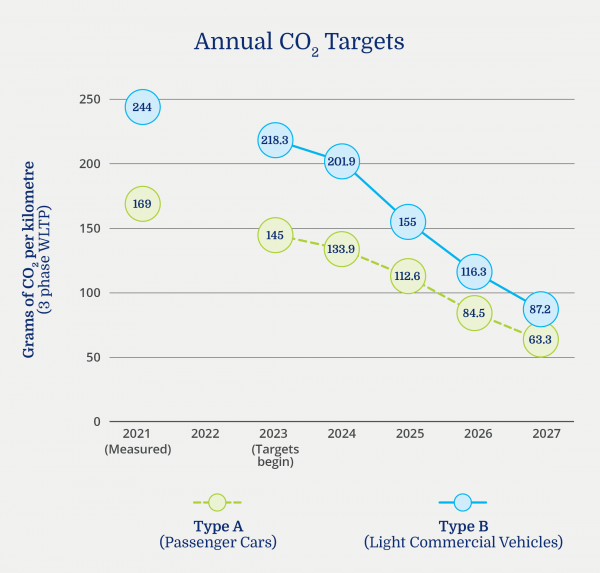