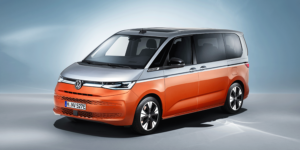 Due to the risk of fire or possible electric shock in the event of a defective battery fuse, the Volkswagen Group has to recall around 118,000 plug-in hybrid vehicles of various brands worldwide.

Unfortunately for Volkswagen, this is not an April Fool’s Day joke, but a very real and expensive problem. According to a spokesperson, Volkswagen has discovered during inspections “that a fuse in the drive system of some plug-in hybrid vehicles may have defects in individual cases”.

This could “in the worst case lead to this fuse possibly not functioning correctly in the event of an overvoltage”. As part of the recall, high-risk models are to have an insulating mat installed on the switch box of the high-voltage battery as a precaution.

Around 42,300 VW brand cars are affected worldwide, including almost 26,000 units in Germany. This concerns the PHEV variants of the Golf, Tiguan, Passat and Arteon series. According to the Federal Motor Transport Authority, the model years involved are 2019 to 2022, and the Multivan T7 light commercial vehicle is also said to be affected.

In addition, similar MQB models of the group brands Audi, Seat and Skoda are affected. However, there are no concrete figures on the affected vehicles yet.

April Fools in the e-mobility field