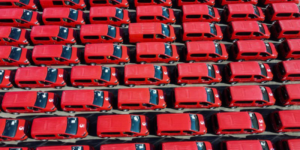 The Norwegian Post is replacing another 177 of its diesel delivery vans with electric ones. The first 132 electric Opel Combo-e have already arrived. Another 45 are expected to join the fleet soon.

The vans, which have already arrived, are ready and waiting at the port of Drammen, Posten Norge writes in a statement. The company’s technical department had first converted them: for example, the passenger seats were replaced by a shelf for letterboxes. The Opel Combo-e will now be delivered to local sales units throughout the country.

In addition, the Norwegian Post ordered 29 electric trucks from Volvo Trucks as recently as February. The order represented Volvo Trucks’ largest order from Norway to date. The electric trucks ordered by the Norwegian Post have the same driveline, but are divided between different configurations of the FL Electric and FE Electric models with two and three axles respectively.

Boston to replace all 700 school buses with electric buses

LA to electrify the municipal fleet with over 10,000 EVs