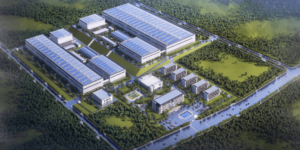 Geely and Farasis have started building a new factory in China as part of their battery joint venture. The new production facility will initially be designed for an annual capacity of 12-gigawatt hours. The final capacity will be up to 30 GWh.

The battery factory is being built in the Fuling district of the south-western Chinese city of Chongqing and is purposed for R& D and producing battery cells, modules and packs.

The construction time should take around 24 months. Trial production is scheduled to start by the end of 2023. This will be the second new plant from these joint venture partners. In March 2021, Geely announced its intention to build a 42-GWh factory in Ganzhou. Farasis Energy was also mentioned in the context and the two companies formed a battery joint venture shortly afterwards in May 2021.

Geely and Farasis Energy want to push ahead with the expansion of battery factories in order to jointly reach the production target of 120 GWh annually. The two companies have not yet revealed when they expect to reach this capacity.

Recently, the Farasis Energy’s urban development contract to build a battery plant in the German federal state of Saxony-Anhalt was cancelled, since the Chinese company had not even begun its planned factory long after it was due to begin construction. Farasis Energy cited a change in plans for its European localisation plans as the cause for delays. However, the state authorities have left one foot in the door for Farasis to continue with its European battery plant plans, since the Chinese company still owns the land on which the plant was to be built. Farasis has not yet revealed further details of its European battery plant plans.

VW presents Board of their battery unit