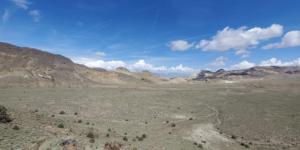 Prime Planet Energy & Solutions, the battery joint venture of Toyota and Panasonic, has signed a binding offtake agreement with Ioneer for lithium carbonate from Ioneer’s Rhyolite Ridge project in Nevada.

Under the agreement, Ioneer will supply 4,000 tonnes of lithium carbonate per year over a five-year period to Prime Planet Energy & Solutions (PPES) for use in batteries in US electric vehicles – a total of 20,000 tonnes. According to the announcement, the 4,000 tonnes represent about 19 per cent of the annual production of the first five years of production.

It is still open how much PPES will pay for the lithium. According to Ioneer, it was agreed that the purchase price would be adjusted quarterly on the basis of the agreed price formula. However, the company does not provide details on this pricing formula.

The Rhyolite Ridge project is scheduled to run for 26 years. On an annual average, 20,600 tonnes of lithium carbonate/hydroxide are to be mined together with about 174,400 tonnes of boric acid per year. “The dual production of lithium and boric acid allows Ioneer to produce lithium not only in the US, but at the lowest end of the global cost curve,” the statement said. “Ioneer expects to begin production in 2025 to meet the urgent need for battery materials in the United States.”

“PPES is a world-class organisation and we look forward to being their trusted partner,” said Ioneer executive chairman James Calaway. Hiroaki Koda, President of PPES, adds, “The agreement with Ioneer is a first step for PPES to secure the supply of lithium in the US, one of the key ingredients for the fast-growing electric vehicle industry.”

For Ioneer, this is the second major offtake agreement in a matter of days, following a deal with Ford. While Ford had given few details in its announcement at the time, Ioneer gets a little more specific in its own announcement, which has been released in the meantime. According to this, the US carmaker will purchase 7,000 tonnes per year from Rhyolite Ridge. Ford will produce battery cells for its own use within the framework of its joint venture with SK On, BlueOval SK.

The US Department of Energy has given Ioneer a conditional commitment for a loan of up to US$700 million to implement its Rhyolite Ridge lithium project in Nevada. If completed, the US government loan would fund the processing of lithium carbonate to support lithium production for approximately 370,000 electric vehicles per year. In addition to Ford and Prime Planet Energy & Solutions, the US Department’s announcement also names EcoPro Innovation as a contracted lithium carbonate buyer.

According to the Department of Energy, the granting of the loan is contingent on the project filing an environmental impact statement under the National Environmental Policy Act (NEPA) and allowing Ioneer to have the site monitored by the Loan Programs Office (LPO), which is part of the department.