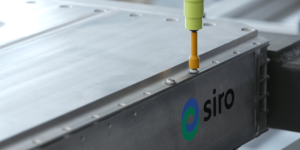 As reported, the first test units of Togg’s electric SUV have also been coming off the production line in Gemlik for a few days. Series production of batteries and electric cars is scheduled to start in Turkey at the beginning of 2023. In the beginning, sales are only planned in Turkey, but export to other countries is intended.

As reported, Siro is a 50:50 joint venture between the Turkish carmaker and the Chinese battery cell manufacturer. When the company was founded in November 2021, it was already stated that the battery plant would go into operation in the second half of 2022. Despite the challenging global environment, this now seems to have been achieved.

But: as was already known, it will initially only be a matter of assembling supplied battery modules and packs, which will then be installed in the Togg vehicles in Gemlik. Only in a further step is cell production planned at Siro.

Togg’s electric SUV is to be launched with two battery options – one for 300 kilometres standard range and a larger battery for 500 kilometres. Togg has not yet given details about the cells.