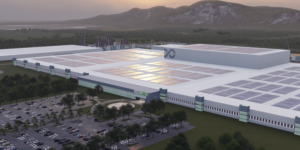 After Redwood Materials, founded by ex-Tesla CTO JB Straubel, announced in February that it would build at least two large-scale factories for recycling and battery material production in Europe, the search for a location appears to have narrowed considerably.

German Handelsblatt, reports,northeastern Germany was among Redwood’s favourites, citing three people familiar with the proceedings. However, the investment could still fail due to high energy costs in Germany. The recycling process is very energy-intensive, and the German prices could add a nine- to ten-figure sum to the annual expenses, quotes Handelsblatt.

The recycling company is also considering a location in Scandinavia. Central or northern Sweden has been named, and according to several insiders, the company was in detailed discussions and preparing the final cost estimates.

According to current plans, Redwood wants to select a site this autumn and has set up a small office in Mannheim, Germany. Ex-BASF manager Dirk Demuth has been appointed to lead the European expansion.

As for German locations, wind power capacities in Schleswig-Holstein, Mecklenburg-Western Pomerania and Saxony were making the federal states attractive. And there is another selection criterium. When confirming the plans in February, JB Straubel said the plants should be near the existing car and battery factories.

For Sweden, this would likely be battery-newcomer Northvolt. Straubel has been acquainted with Northvolt boss Peter Carlsson since their time together at Tesla. Chinese manufacturers such as CATL are also setting up shop near Erfurt or SVOLT in the German Saarland, and there are, of course, carmakers with VW in Salzgitter and Stellantis and Mercedes in Kaiserslautern. Volkswagen, in particular, has already agreed to work with Redwood Materials in North America and, in July, entered into a wide-ranging collaboration to establish a supply chain for recycling electric car batteries in the US.

Still, the list of potential partners in Europe is long. Not to be forgotten is Straubel’s former employer Tesla, which wants to build a battery factory at its Giga Berlin location in Grünheide next to the vehicle plant. Through Panasonic, Tesla will also be the first carmaker to produce batteries with recycled material from Redwood in the US.

For Europe, Redwood Materialy will soon have to start the application process to get the required permits before any final decision.