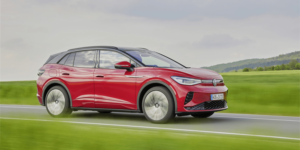 The overall market slumped by 24.7 per cent compared to the same month last year. While 16,427 new passenger cars were registered in August 2021, only 12,363 were registered last month. The picture is similar for the months from January to August. The Norwegian Road Information Authority (OFV) recorded a total of 88,115 new passenger car registrations from January to August 2022, which corresponds to a minus of 20.5 per cent compared to the same period last year.

Plug-in hybrids suffered a 46.1 per cent drop in August 2022 compared to the same month last year. Looking at the year to date, it is even a minus of 66.8 per cent. Hybrids (excluding PHEVs) accounted for 955 new registrations last month – an increase of 28 per cent. Considering the year as a whole, however, this represents a decline of 34.9 per cent. Even though, as mentioned above, all-electric cars saw a 21.7 per cent drop in new registrations compared to August 2021, they achieved a 2.9 per cent increase from January to August 2022 compared to the same period last year.

Looking at the market share by drive type, the following picture emerges for August: at the top, electric cars were able to pull well ahead of plug-in hybrids (74.8 per cent). Hybrid cars (without PHEV) still had a share of 7.7 per cent. Diesel cars accounted for 3.8 per cent and petrol cars for 2.3 per cent.