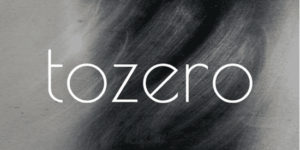 Munich-based startup Tozero, which specializes in recycling lithium-ion batteries, has raised €3.5 million in a pre-seed round. According to the company, it developed a novel process to recover critical materials from batteries. The funds will be used to build a prototype plant.

Tozero was founded in July 2022 by Sarah Fleischer and Ksenija Milicevic Neumann, and aims to become Europe’s leading recycling company for lithium-ion batteries. The company plans to extract materials such as lithium, nickel and cobalt from the batteries, which will then be made available as fresh battery-grade material. The prototype plant will be located in Munich, where one-third of Europe’s lithium-ion batteries are expected to be produced by 2030, Tozoro said in a statement.

The funding round was led by Berlin-based pre-seed fund Atlantic Labs, with additional participation from Verve Ventures and Possible Ventures, plus other business angels, serial founders and the co-founders of Personio and FINN. The startup’s backers also include former VW board member Jochem Heizmann. Tozero is technically advised by Bernd Friedrich, head of the Institute for Process Metallurgy and Metal Recycling (IME) at RWTH Aachen University.

Lithium-ion batteries are critical to decarbonization efforts, he said. However, “Europe’s ambition for electrification and increasing the LiB production results in a shocking high dependence on mining countries not only resulting in supply chain constraints, but also in real geopolitical and ESG tension for Europe,” the company wrote.

“We need to act now and build a scalable and robust battery recycling process. At tozero, we’re committed to challenge the status quo of material life-cycle to accelerate decarbonization,” said Sarah Fleischer, co-founder and CEO of Tozero. “We’re happy to have won such renowned investors and Prof. Bernd Friedrich as our advisor to back our mission.”

Daniel Niemi, head of Atlantic Labs, calls Tozero’s method a “milestone in the industry,” enabling significantly higher recovery rates of key metals. “Sarah and Ksenija are a fantastic founding team with symbiotic skill sets, deep domain expertise and an ambition to build a lasting venture. We are thrilled to partner with them on this mission,” he adds.

BMW confirms use of round-battery cells for New Class