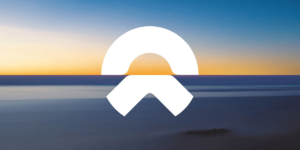 Chinese electric car manufacturer Nio has taken a stake in the Australian lithium company Greenwing Resources. Nio will pay 12 million Australian dollars (currently approx. eight million euros) to Greenwing through its subsidiary Blue Northstar in exchange for around twelve per cent of the company’s shares.

As the CN EV Post reports, the agreement caused Greenwing’s share price to rise by more than 60 per cent at its peak. Nio is also allowed to appoint a member to Greenwing’s board of directors as long as it holds more than ten per cent of the shares.

Greenfield also announced that an extraordinary general meeting on 30 November 2022 will decide on the transaction. If the board approves the investment, the transaction is expected to be completed by 21 December 2022.

Nio can exercise the call option within 365 days of the publication of the JORC report on San Jorge. Greenwing says it intends to submit the report by 31 December 2023 at the latest. The Joint Ore Reserves Committee (JORC) was established in 1971 and is funded by the Australian mining industry and its trade associations.

The San Jorge project is not owned by Greenwing alone. The project consists of 15 granted exploration licences in the San Francisco Salar. Other lithium producers such as Snow Lake Lithium, NeoLithium or LithiumAmericas also hold licences there. In the deal with Nio, potential production volumes have not been disclosed.

Last week, the Chinese electric car and battery manufacturer produced its first battery-swapping station manufactured in Hungary for use in Europe. Nio was founded in 2014. Earlier this month, the manufacturer revealed its Q2 financial results. Nio delivered 25,059 electric cars from April to June, which is an increase of 14.4 per cent compared to last year.