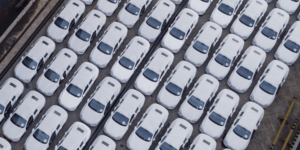 Nio has presented its business figures for the second quarter of 2022. The Chinese manufacturer delivered 25,059 electric cars from April to June. While this is an increase of 14.4 per cent compared to last year, the financial figures must bear the weight of the investment-intensive build-up of the business.

Nio continued to grow in terms of revenue, but remains in the red on the whole. The Chinese company turned over 10.29 billion yuan (around 1.48 billion euros) in the reporting period but had to deal with a net loss of 2.76 billion yuan (around 400 million euros) on the bottom line. While sales increased by 21.8 per cent compared to the second quarter of 2021, the deficit multiplied by 369.6 per cent in light of the huge investments required for several product launches at once. Compared to the first quarter of the year, there was a 3.9 per cent increase in sales and a 54.7 per cent increase in the loss.

In terms of deliveries, Nio has been hovering around the 25,000 mark for several quarters. In this respect, the quarterly result now reported remains steady, with 25,059 vehicles delivered. Among the vehicles sold in the second quarter, Nio reports 3,681 units of the ES8, 9,914 units of the ES6, as well as 4,715 EC6s and 6,749 ET7s. However, the number of deliveries could increase in the third quarter, as Nio already reports 10,052 and 10,677 vehicle sales for July and August, respectively.

Meanwhile, Nio is putting a parallel project on the back burner: mass production of the 150-kWh battery pack with semi-solid-state cells originally announced for later this year will likely be delayed by several months. Nio made the announcement in a quarterly earnings report analyst conference call.

“We achieved solid financial results for the second quarter of 2022 in spite of the tremendous challenges and cost volatilities,” said Steven Wei Feng, Nio’s chief financial officer. “With the ET7 setting sail to Europe in August, users in more countries will experience our new products and services later this year. To meet the growing EV demand of the global market, we have been working closely with our partners to ramp up the production and deliveries of our new products. We also expect to further expand our market share in the global premium smart electric vehicle market with high operating efficiency,” Wei Feng said.

BYD to launch EV production in Thailand in 2024