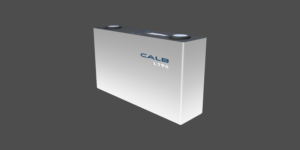 The Chinese battery manufacturer CALB wants to build its first European factory in Portugal, specifically at the port of Sines. The company has signed a non-binding letter of intent with a subsidiary of the Portuguese Agency for Investment and Foreign Trade (AICEP).

The news portal Euractiv has learned some key points of the plans from Nuno Gameiro, the CALB manager responsible for Portugal. According to the agreement, the first phase of the battery cell factory, which will have an annual capacity of 15 GWh, is to go into operation at the end of 2025. The aim is for CALB batteries to be installed in several European cars from the end of the first quarter of 2026. A tripling of production to 45 GWh is then planned by 2028. And: A possible third expansion phase is already being considered.

CALB (China Lithium Battery Technology) announced that it wanted to build a factory in Europe at the beginning of this year and had concluded a strategic agreement for the construction with Drees & Sommer, a consultancy firm for the construction and real estate sector with headquarters in Germany. At that time, there were indications that CALB was flirting with the idea of building in Germany as an “industrial base”. Now, however, Portugal is apparently coming out ahead of Germany.

CALB currently has seven production sites in Changzhou, Luoyang, Xiamen, Chengdu, Wuhan, Hefei and Heilongjiang with a planned capacity of 200 GWh for 2022. A year ago, CALB announced the expansion of its production capacities to initially 300 GWh by 2025 and later increased this target to 500 GWh by 2025 and 1,000 GWh by 2030.

According to an analysis by market research firm SNE Research, the group accounted for 4.1 per cent of the global electric vehicle battery market in the first half of 2022. With 8.4 GWh, CALB was the seventh largest supplier worldwide, according to the statistics.

Meanwhile, the group also completed its Hong Kong IPO in October, announced earlier this year. The IPO raised 10.1 billion Hong Kong dollars (about 1.33 billion euros) for CALB and was the largest IPO in Hong Kong so far this year.

SVOLT kicks off production in Suining