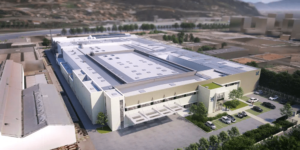 French battery specialist and Renault partner Verkor has secured more than €250 million in financing. The fresh capital, which comes from the European Investment Bank among others, will flow into the company’s technology and innovation centre in Grenoble called Verkor Innovation Center (VIC).

According to Verkor, the 250 million euros were raised from industrial partners in the battery sector, commercial banks, investment funds and public banks. The European Investment Bank is contributing €49 million under Energy Demonstration Projects (EDP). Bpifrance Assurance Export will guarantee bank financing of 51 million euros, according to the release.

In addition, a convertible bond will be issued, to be subscribed by financial partners such as Demeter FMET and the investment fund SPI or industrial partners such as Plastic Omnium and Schneider Electric. Verkor employees will also be able to participate through the bond.

However, the company’s financial needs are not yet covered with the current round. “As the construction of the VIC approaches its final stage, Verkor teams are now focused on financing the first Verkor Gigafactory with initial production capacity of 16 GWh/year in the Port of Dunkirk,” the statement says. The factory is expected to cost a total of €1.5 billion. Verkor expects final approval in Q1 2023.

SK On to source lithium from Chile