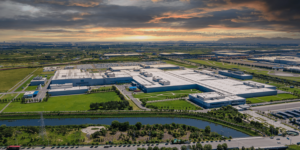 The Chinese joint venture BMW Brilliance Automotive (BBA) has announced an investment of around 10 billion yuan (1.38 billion euros) in the expansion of its electric car battery production in the city of Shenyang. This is to supply the vehicle plants there.

The production capacities for batteries in the capital of the Chinese province of Liaoning are to be “significantly” expanded with the investment. The joint venture does not give concrete figures. However, the expansion has already been decided: a contract was recently signed with the local government. This still involves the assembly of purchased cells into ready-to-install batteries, not in-house cell production.

BMW Brilliance had inaugurated an expansion of its Dadong plant in the city of Shenyang in April 2022 and opened another plant in the Shenyang city district of Lydia in June 2022. BMW Brilliance had invested 15 billion yuan, or just over two billion euros, in the Lydia plant. Among other things, the BMW i3 eDrive 35L is built in Lydia – an electric sedan based on the 3 Series Sedan, which has nothing in common with the European i3 despite the similarity in name.

BMW Brilliance’s Power Battery Centre was already opened in January 2017, at that time for the assembly of high-voltage batteries for plug-in hybrids. In September 2020, the first expansion was put into operation. At the time, it was the world’s first BMW site to manufacture fifth-generation batteries – for the iX3, which is known to be built in Dadong for global markets. In August 2021, the 100,000 battery was assembled in the Power Battery Center.