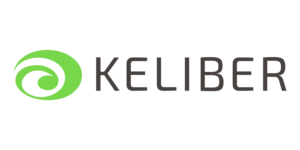 Finnish mining and battery chemicals company Keliber is aiming to mine spodumene from an ore mine and build an adjacent lithium hydroxide refinery in Finland. Preliminary work for the construction of the refinery at Kokkola Industrial Park (KIP) is expected to start this year.

Keliber says it aims to sustainably produce battery-grade lithium hydroxide using its own ore. The announced refinery will produce lithium hydroxide for electric vehicle batteries, among other things, from 2025. The planned annual production is 15,000 tonnes. Before the raw material from the Rapasaari mine is turned into lithium hydroxide in the refinery, the construction of a concentrator plant a good 60 kilometres away on the border of the municipalities of Kaustinen and Kronoby is planned as an intermediate processing step. This and the mining sites are to be tackled ” as soon as the relevant environmental permits have been granted”, says an accompanying statement.

During the start-up phase, however, Keliber plans to rely on purchased spodumene concentrate from external suppliers. The background is that the concentrator plant will only be completed after the lithium hydroxide refinery. “We want to be the first company in Europe to start producing lithium hydroxide from our own ore,” the company emphasises.

The lithium hydroxide refinery itself will consist of several buildings with a total area of more than 20,000 square metres. Keliber names a technology based on caustic soda as the refinery process. The aim is to achieve particularly sustainable and energy-saving processing.

“Starting the construction of the refinery is a significant milestone in Keliber’s lithium project, which is now proceeding into the implementation phase. The schedule allows us to ramp up production in 2025, which is good news for the Finnish battery cluster as well as for the whole Kokkola region, where the project means job opportunities and increased vitality,” said CEO Hannu Hautala.

Keliber is a subsidiary of Sibanye-Stillwater, a multinational mining and metals company, whose second-largest shareholder is Finnish Minerals Group. The latter is a state-owned company that has been developing a value chain for lithium-ion batteries in the country for several years.

Only a few weeks ago, for example, the Finnish Minerals Group announced that it was looking into building a production plant for almost 50,000 tonnes of anode material per year in Vaasa, Finland, together with Epsilon Advanced Materials. A feasibility study to analyse the economic and technical feasibility will be launched soon. There would already be a potential customer: the Norwegian company Freyr had signed a letter of intent with the Finnish Minerals Group in August 2021 for the construction of a battery cell factory in Vaasa and started preparatory work for this in May 2022.

SK On announces plans for nickel joint venture in Indonesia

Hyundai to use SK On batteries in the USA