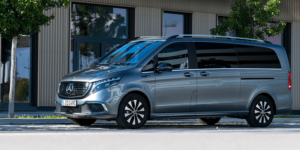 After their country has been the most electric nation on the continent for a few years, the Norwegian Royal Family has added three electric vehicles to its official fleet, including a Mercedes EQS, a BMW i7 and a Mercedes EQV.

After several members of the royal family had already driven electric cars privately before, these new electric cars were acquired for official purposes. The Norwegian Royal Family’s goal is to successively replace all vehicles powered by combustion engines with electric vehicles, “as far as this is practical”.
elbil.no (in Norwegian), via cleantechnica.com

Tesla customers in China are not happy

Volkswagen issues recall for the ID.4 in the USA