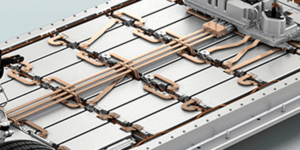 P.B. Balaji, the chief financial officer of Tata Motors’ auto division, told Reuters news agency. No details on production volume or timeline were given yet. “We should announce it sooner rather than later,” Balaji said on the sidelines of India’s Auto Expo auto show in Greater Noida. He also said that localising cell manufacturing is key to increasing the share of local components in electric cars and will help develop a local supply chain.

The Indian car market is relatively tiny compared to the enormous size of the population. Electric models accounted for just one per cent of total car sales of around 3.8 million vehicles last year, according to Reuters. Manufacturers active in this field or about to enter the market include the local heroes Tata Motors and Mahindra & Mahindra as well as the Chinese brands BYD and MG Motors.

India is working to catch up on the adoption of electric vehicles, however, as Mahindra and Tata are working both to establish production, as well as to drive prices to a more affordable level. Even European companies, such as Citroën, are looking to establish a foothold in the major South-East Asian market. A major market will likely also be found with electric scooters, as two-wheelers are very popular in India’s major cities due to both size and price advantages. Ola, which presented its first electric vehicle model in 2021, is already looking at European markets, at least in terms of design and engineering, for which the company established a centre in Coventry a year ago.