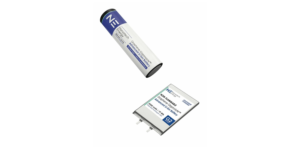 The US battery manufacturer Nanotech Energy has announced its intention to build a gigafactory in the UK that could be worth up to one billion pounds. According to the company, seven sites are currently being examined for this purpose.

The UK factory is set to become the second production facility for Nanotech Energy’s non-combustible graphene-based lithium-ion batteries, complementing the company’s 517-acre plant in Storey County in the US state of Nevada, where mass production is due to begin in 2024.

Nanotech Energy targets its batteries at the electric vehicle market, among others, and promotes them as safer and more powerful than conventional lithium-ion batteries. The Nanotech batteries can operate between -40 °C and +60 °C and use graphene-based electrodes that are enriched with a patent-protected, non-flammable electrolyte. The sample cells that interested companies can already test are either 18650 round cells or pouch cells in an individual format.

Nanotech Energy does not specify which seven locations are involved; even certain regions are not mentioned or excluded. It is not even stated whether the company wants to build a new factory from scratch or convert an existing building. It is also not known whether a takeover of the Britishvolt plant under construction in Blyth is part of the considerations. After the Britishvolt insolvency, this plant will probably not be completed.

According to the company, the final decision will be “based on a combination of technical aspects and strategic arrangements with OEM partners”. Nanotech Energy does not specify which technical aspects or OEMs are involved, however. In addition to electric vehicles, the graphene-based batteries should be able to be used in consumer electronics, marine equipment, stationary energy storage and “military hardware”, for example – which should cover a wide range of requirements and cell sizes from small batteries for consumer electronics to heavy marine or military applications.

“After more than seven years of R&D, Nanotech Energy’s non-flammable lithium-ion batteries are among the safest and most environmentally friendly options on the market,” said Jack Kavanaugh, Nanotech Energy’s chairman, CEO and co-founder. “They also offer significantly better recharge speeds and greater storage capacities than traditional batteries, and moving into a new phase of production at our proposed £1bn Gigafactory will dramatically accelerate the advance of the UK’s EV sector.”