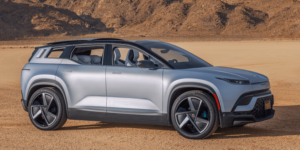 Budding electric car manufacturer Fisker is expanding into India. Hyderabad in the state of Telangana has been chosen as the headquarters for Fisker’s operations in India. Recruitment of local staff is already underway to pave the way for the launch of the Fisker Ocean and Fisker Pear in India. 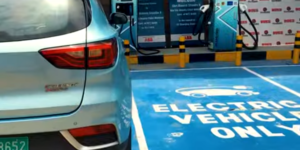 Ikea opens in India with EVs and solar panels

Swedish furniture maker Ikea has opened their first store in India as planned. The centre in Hyderabad offers electric vehicles in their delivery fleet and uses solar power. Their targets to deepen their green stance are ambitious. 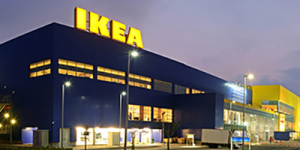 Swedish furniture maker Ikea is due to open its first store in India by mid-2018. At the outlet in Hyderabad, Ikea will offer deliveries of course and 20 percent of the vans are to be electric with more electrification planned.

London to ban buses: The Mayor of London, Sadiq Khan, confirmed his plans for ‘Low Emission Bus Zones’ that prioritise the greenest buses on the worst polluted routes. The first route will start in Putney in February, where then only hybrid or Euro 6 diesels will be permitted to run. A second route will be converted in October 2017. The zones will also incorporate changes to the road layout to ensure buses have priority over other traffic. All shall be implemented by 2020.
businessgreen.com, london.gov.uk

The world’s biggest bike sharing is to be installed in Indian Hyderabad. 300 stops for 10,000 bicycles and e-bikes will be located at metro and rail stations and around the city. The project will be co-funded by UN Habitat and climate protection agencies. A first station is scheduled to go up in September.
indianexpress.com, newindianexpress.com

Fuel cell van: Plug Power is working on fuel cells to extend the range of electric delivery vans. The firm has been part of a trial with the U.S. DoE and FedEx, where fuel cell trucks returned to the depot to be refuelled, thus tripling their reach effectively. Plug Power hopes for a deal with FedEx.
timesunion.com

Tesla disqualified: Neither the Model S nor the Model X are eligible for EV subsidies in South Korea because their batteries are too big essentially. Grants are given only to EVs which charging takes less than 10 hours with a 7 kWh charger. Yet, Tesla now offers a 60 kWH variant that might be a hit in Korea.
koreaherald.com