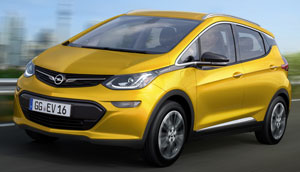 Bolt Opel: It is official, GM will launch the Chevy Bolt as Opel/Vauxhall Ampera-e in Europe next year, CEO Mary Barra confirmed. The date for its debut will most likely be in Paris this October. If all goes to plan, this could be a huge chance for Opel/Vauxhall to gain chunks of the EV market as no other electric car offers 320 km range for less money.
electrive.com

Tesla update: Elon Musk promised shareholder that the company would be profitable in 2016 to (we reported), despite considerate investments in the Gigafactory (1.5bn USD), Supercharger network (+300 sites) and stores (+80). Model 3 development and production are another cost factor and Tesla looks to sell premium trims first to recover some if the initial investment. With the Model 3 launch set for 31st March this year, deliveries will still only start by the end of 2017.
forbes.com, forbes.com, greencarcongress.com, shareholder.com (letter to shareholders, pdf)

Kia Niro premiers: The Koreans show a serial version of their first dedicated hybrid at the Chicago Auto Show. The Kia Niro SUV, or ‘Hybrid Utility Vehicle’ (HUV) sits on a platform specifically designed for hybrid and plug-in hybrid vehicles from Hyundai. A PHEV version is reportedly scheduled for next year.
autocar.co.uk

New Toyota Hybrid: The Japanese carmaker readies the promised production version of its C-HR concept for Geneva in March. The production start is scheduled by the end of the year and Toyota revealed that the hybrid crossover will be built at its production facility in Turkey – a first for the country.
carscoops.com, greencarcongress.com 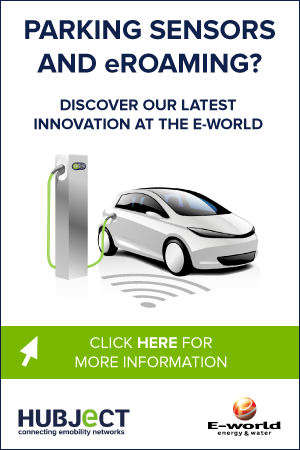 Long range EV from China: Germany and Austria saw the introduction of BYD’s new e6. The electric crossover is offered with an 80 kWh battery that enables a range of 400 km, as well as V2G technology. Pricing, however, is a little less competitive, as the e6 sells for almost 60,000 euros.
heise.de (in German)

Morgan’s first EV will premier this March, as the Brits bring the EV3 to Geneva. Based on the iconic 3 Wheeler, the electric version comes with a 45 kW electric motor. Range is given at 240 km. A prototype was shown at Goodwood last year but Morgan says the latest version is as good as production ready.
autocar.co.uk, motorauthority.com

EV and PHEV sales in Canada.