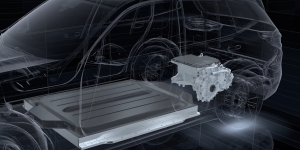 BMW is planning to introduce various sizes for its battery cells in order to design upcoming electric and plug-in hybrid models in whichever form they wish. A report by Autonews quotes BMW’s head of R&D, Klaus Fröhlich, detailing the differences.

According to Fröhlich, cell size matters and will depend on the type of car. Electrified SUVs for example ride higher and can thus accommodate for power packs with larger battery cells, whereas more compact models may use smaller modules.

These insight into battery design have come out of BMW’s reenforced battery research efforts, which will only intensify over the coming years. The company has broken ground late last year to build a dedicated ‘Battery Cell Competence Centre‘ close to its Munich HQ.

However, BMW does not want to manufacture cells in-house but deliver the design rather. The new multi-sized lithium ion cells are to become available for what the German carmaker considers the fifth phase of its electrification strategy. The start of that phase is marked with the launch of what is likely to be dubbed the i9 aka the iNext in 2021. The iNext concept may be launched as early as this year though. To date, BMW only offers the  i3 and i8 but they are only the founding members of the family so to speak as there are another twelve electrified models planned by 2025 (we reported).

To power the push to electrify, BMW has entered partnerships with battery innovators and startups such as Solid Power working on solid-state batteries, or Sila Nano in California.

BMW is also acting a s battery supplier for Deutsche Post/ DHL’s Streetscooter electric vans reportedly as they use the same battery that powers the i3.

On the charging side, BMW is leading the FastCharge consortium that includes Porsche, Allego, Phoenix Contact and Siemens. They seek to enable charging with 450 kW within the next three years.

Furthermore, BMW manager Fröhlich has just been asked to join the supervisory board of utility E.On to advise on EV charging infrastructure.