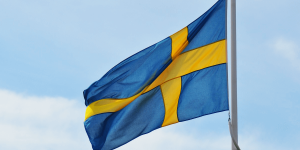 Regarding the same period last year, growth stands at 60 percent. The 2018 plug-in share is now at no less than 6 percent of the Swedish car market.

Plug-in hybrid sales were particularly strong. All top spots in the ranking went to PHEVs, foremost the Mitsubishi Outlander (545), followed by the VW Passat GTE (327) and Volvo XC90 PHEV (315).

Electric cars took a slight indent but new tax legislation having taken effect this July will change this again. In June, the BMW i3 was the most sold electric car with 114 sales. The Tesla Model S came in second with 85 units sold, followed by the Renault Zoe (43) and VW e-Golf (30).

Despite the Nissan Leaf showing an all-time low of 19 sales in June, it is still the most favoured electric car in Sweden this year and on rank 8 in the overall plug-in rating with 509 units sold from January throughout June.

VW got an all-electric Beetle on the drawing board