Volkswagen and their joint venture partner SAIC begun constructing a factory in China for electric vehicles based on VW’s Modular Electric Drive Kit (MEB). The factory will take up operation in October 2020, and cost about $2.5 billion to build.

The partners then intend to manufacture up to 300,000 MEB electric vehicles there for the VW, Audi and Skoda brands, as well as battery systems. The factory will be the seventh belonging to the joint venture, which will push their total annual output capacity to 2.4 million vehicles. The electric proportion of the vehicles is planned to increase continually. The MEB kit plays a key role in this endeavour.

MEB kits will benefit the VW partners FAW and SAIC in their joint ventures, while the joint venture with JAC will not receive the technology for now. As Volkswagen now specified, Shanghai and the FAW-Volkswagen factory opened in Foshan, China, will immediately begin construction of MEB vehicles after the German location in Zwickau. The first model will be the e-SUV ID. Crozz. Until the MEB vehicles begin production, SAIC and Volkswagen will sell electric version of existing Volkswagen models, including the Lavida, the Tiguan and the Passat. 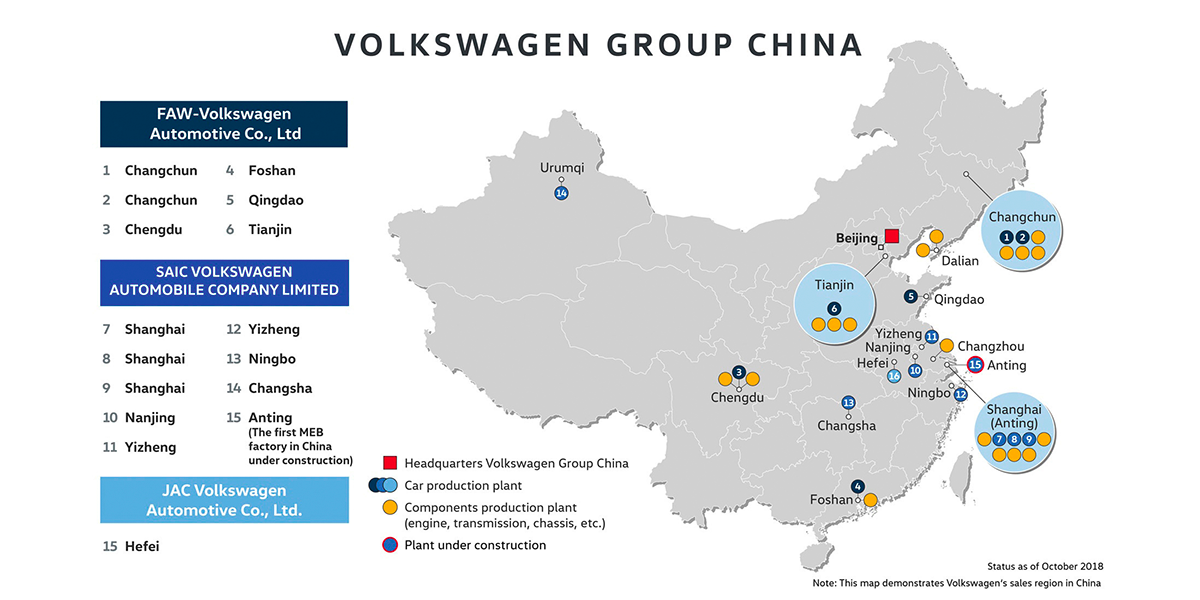 Volkswagen has big plans for China: At the Beijing Motor Show in April, the German automobile manufacturer announced they would be investing more than initially announced in electric vehicles, autonomous driving, digitalisation and new mobility services in the country. Specifically, they are planning on investing a total of 15 billion euros with their joint venture partners SAIC, FAW and JAC until 2022. By then, production of BEVs will be ongoing in at least six factories in China, with ten fully electric vehicle models planned by 2023.

SAIC is one of the biggest EV manufacturers in China. In the ranking of the most successful industry representatives, SAIC made third place last year with 44,236 delivered BEVs and PHEVs in China.