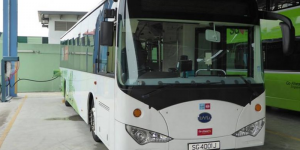 In addition, the LTA is planning to acquire another 50 hybrid buses. These will be purchased for 30 million dollars from Volvo.

The country has been catching up however, and recently made headlines in connection with electric mobility, as the vacuum specialist Dyson announced plans to build their first EV factory in the city-state. The construction will begin this year, and the production of the first Dyson EV will take place in 2021.