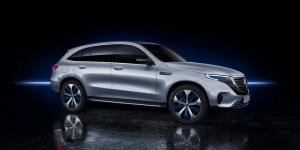 Daimler will buy battery cells worth more than 20 billion euros to ramp up for its electric strategy until 2030. Although the company has made the announcement, it has unfortunately not specified with which companies they have placed their orders.

Daimler is apparently keeping details quiet for “competition reasons”. So far we only know that the Chinese manufacturer Contemporary Amperex Technology (CATL) is moving into a plant in Erfurt, Germany, giving Daimler and other German carmakers a supplier in the country.

CEO Dieter Zetsche calls the massive order “the next step” in light of the billions invested in their electric fleets and the expansion of their global battery network.


Wilko Stark, member of the Mercedes-Benz cars division board of management responsible for purchasing and supplier quality, explains that Daimler’s cell procurement on such a large scale ensures continuous supply along their global battery production network. This network involves the assembly of battery systems at eight factories on three continents. The first German factory in Kamenz is already in series production, the second factory in Kamenz will start series production at the beginning of 2019. Two further factories are being built in Germany in Stuttgart-Untertürkheim, with a further factory at the company’s Sindelfingen site. Internationally battery assembly factories will be going up on Daimler sites in Beijing (China), Bangkok (Thailand) and Tuscaloosa (USA).

Daimler says that it is simultaneously working on reducing their dependence on rare-earth minerals by expanding its competence in battery cell research and working on next generation batteries. In its 2019 launch, the Mercedes-Benz EQ electric car will use battery cells containing 60 percent nickel, 20 percent manganese and 20 percent cobalt, the company claims. However, the goal for the future is to work on solid state batteries (that do not require cobalt), as well as getting their engineers to work on batteries with a ratio with 90 percent nickel, 5 percent manganese 5 percent cobalt in order to reduce the amount of rare earth metals even further.

In the meantime, Daimler is basing this 20-billion-euro-order of batteries on ambitious production and sales targets in the e-mobility sector with concrete figures: the Mercedes-Benz cars division plans to produce around 130 electrified models by 2022 – and that is not even including electric vans, buses and trucks. By 2025, Daimler’s sales of purely electric vehicles are to increase to 15 to 25 percent of total sales. To achieve this goal, Mercedes-Benz says it is investing 10 billion euros in the expansion of its electric fleet and 1 billion euros in their battery production network.