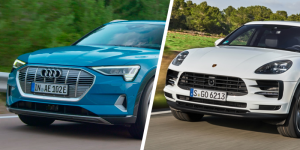 Audi and Porsche are having problems with their jointly developed Premium Platform Electric (PPE). Engineers are back to work, partly because the Tesla Model 3 got better than they expected, a report in Manager Magazin suggests.

As a result, the launch of the first PPE-based electric models of both brands will probably be postponed by about half a year to spring 2022. German Manager Magazin reported that engineers from the two German carmakers have had to make improvements to the platform, yet not only to keep up with Tesla’s Model 3.

In addition, the first PPE-based model is around 3,000 euros above the calculated cost per car at present, the report says. Accordingly, it is a long way from achieving its target of an 8 per cent return on sales. The PPE launch with Porsche’s SUV Macan and Audi’s EQ6 will, therefore, be postponed until spring 2022. Porsche CFO Lutz Meschke already declared in October last year that it was “very likely that a battery-powered SUV from Porsche will come onto the market in 2022”. Moreover, Porsche as a brand is less price sensitive than Audi.

While Audi is now convinced that electric motors are the technology of the future and have announced 15 new EVs by 2025, the German company is finding it difficult to get there. Of the twelve electrified models originally announced for release by the end of 2019, the Audi e-tron is so far the only one that has been made available for order. Even here, with development costs in excess of two billion euros, the first electric car from Audi has become far too expensive and is still causing problems, especially when it comes to charging, the magazine reported.

Meanwhile, the two plug-in hybrids A3 e-tron and Q7 e-tron have been taken off the order books. “For both models, we will introduce the new engines at the time of the generation change or product upgrading in 2019,” says Audi. Only then will orders be open again, but exactly when this will happen is still unclear at present.

Audi intends to officially sell around 800,000 electric cars and plug-in hybrids by 2025, that would account for one-third of total sales. At the same time, the German company expects to invest 14 billion euros in electric mobility by 2023.