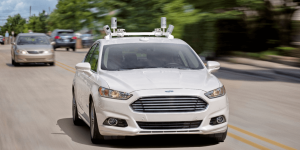 Ford has announced that it will be making a $900 million investment by 2023 to produce next-generation electric cars and its first autonomous vehicles in Michigan.

The US American carmaker states that the $850 million will be invested in expanding production capacity at the Flat Rock plant in Michigan and introducing a second shift to make the plant the vehicle manufacturing site for the company’s new battery electric platform. These vehicles will follow the all-electric performance SUV coming in 2020 from Ford’s Cuautitlan, Mexico, plant.

Joe Hinrichs, Ford’s president, Global Operations explained the move, saying that “We’ve taken a fresh look at the growth rates of electrified vehicles and know we need to protect additional production capacity given our accelerated plans for fully electric vehicles.”

Ford also announced that the manufacturer’s first autonomous vehicles will be built in a new manufacturing centre in southeastern Michigan starting in 2021. These will be hybrid vehicles for commercial use for the transport of people and goods. Ford also is investing in an Autonomous Vehicle centre.

The next-generation the Ford Transit Connect small commercial and passenger van will be manufactured in Mexico, starting in 2021. Since 2017, this range-extended PHEV van has been serving in trails in London, Cologne and Valencia to inform final engineering before serial production which will now commence.

The new initiatives were announced as a means to boost the company’s global competitiveness, part of which is to restructure operations in Europe with Steve Hood as the head of the electrified vehicle unit in Europe.

‘Das Auto’ is to be battery-electric